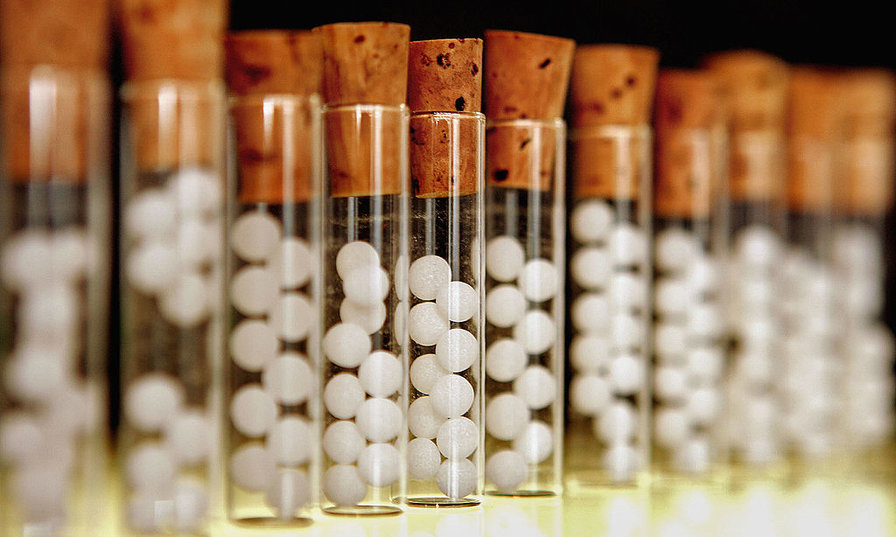 Homoeopathy is a system of medicine founded by the physician Dr. Samuel Hahnemann (1755-1843) of Germany. It is based on the principle that ‘like cures like’. In practice, this means that a medicine capable of producing certain effects when taken by a healthy human being is capable of curing any illness that displays similar effects.

This principle has also been quoted by the  renowned Classical Sanskrit writer Kalidasa:
“Shruyate hi pura loke, vishasya visham aushadham”.
Translated this reads: “poison is the remedy for poison.”

Hippocrate coined this principle in the words, “Similia Similibus Curentur” (‘likes are cured by likes’).

Well this is the main axiom on which true Homeopathy is based. It means that after taking the totality of symptoms of the patients he should administered a remedy which can produce similar symptoms in healthy person.

For example, if a healthy person takes a dose of Cincona Juice, he will develop typical symptom of intermittent fever, chill, night sweat, arthralgia and prostration. His skin will become pale with sallow complexion and on mental plane he shows indifference and apathetic.

According to Homoeopathic law ‘like cures like’, countless patients displaying such symptoms have been cured by the homoeopathic remedy Chincona Officinalis.

Popularity of Homeopathy in India

Homeopathy has gained popularity in many Asian countries out of which India, Pakistan and Sri Lanka are leading. Homeopathy has been curing a large number of people than any other system of treatment and cure. In India, more than 100 million people completely depend on homeopathic treatment system. There are a number of State and Central government owned homeopathic inpatient hospitals in India.

The goal of the homeopathic treatment is to encourage the body to return to a natural state of balance and health. Like the missing pieces of a puzzle, homeopathic medicines help “fill-in” the gaps in the body to stimulate a person’s own healing potential and energies. When this occurs, the person will have access to the body’s natural strength and wisdom, so that more conventional medicines and chemical-based substances may not be needed.

Growth and Demand of Homeopathy in India

In India homeopathy has been a very well established system of medicine. The World Health Organization has found homeopathy to be the second largest medical system with a growth rate of 20-25% every year. In India alone, more than 100 million people are solely dependent on this system of medical care.

India has more than 70,000 board certified homeopaths, hundreds of homeopathy clinics and many homeopathic medical institutions. Homeopathy also being used by 500 million people and more worldwide, making it the second most broadly used medicine in the world.The expanding demand for homeopathy and its legal acceptance has been noted widely in 66 countries.

Homeopathy has become popular with the growing requirement of curing problems that become a nuisance to our daily lives. The fact that homeopathy is completely natural and does not have any side effects, has created a tremendous inclination in the public to use homeopathy as a curing alternative to their problems.

A separate ministry has been set up for health sector by Hon. Prime Minister Narendra Modi in which Homeopathy is a strong area that helps a large audience to exercise their choice of treatment and is now being used to start homeopathy centers in AIIMS to popularise it.